The renewing of our souls will extend no further than our honest acknowledgement of our inner brokenness.

PART 3 IN A SERIES

Most of us probably never put much thought into the difference between a captive and a prisoner.  A captive is held captive due to no fault or wrongdoing on their part, whereas a prisoner is imprisoned due to some sort of wrongdoing that fell outside the accepted laws.

Again, I’m very certain that some who are reading this book have actually been incarcerated for one reason or another.  I have many close friends and acquaintances who have spent time in jail, prison, or penitentiary.  In fact, I communicate often with a good friend who is serving out a 25-year sentence in Texas. 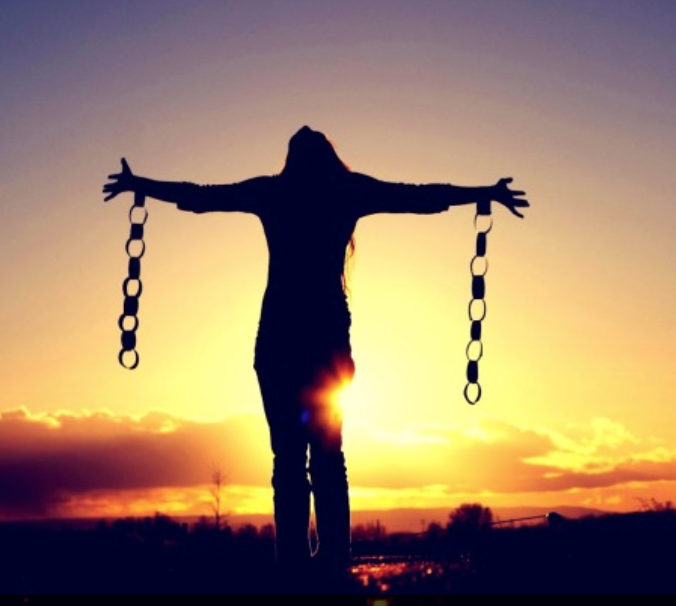 However, this section is not written just for people who are currently or who have ever been behind bars.  That is way too small of a subset of people than I believe Jesus is writing to in the Bible verses we’re looking at.  Jesus was speaking hope to every one of us who knows what it feels like to live in a prison of guilt, shame, and regret for something we have done or failed to do.

In John 8:36 (NIV) we read, “So if the Son (Jesus) sets you free, you will be free indeed.”  And we read in 1 Peter 2:16 (NIV), “Live as people who are free, not using your freedom as a cover-up for evil, but living as servants of God.”  Freedom from the bondage and shame of our own bad choices is found only in the blood of Jesus.  His grace is greater than our greatest sin!  None of us, and nothing we could ever do in life, is beyond the reach of God’s undeserved, unshakable grace!   This may be exactly what some of us need to hear!

One of my all-time favorite movies is “Shawshank Redemption.”  Andy Defresne spoke a line in that movie that I’ve never forgotten: “I guess it comes down to a simple choice, really.  Get busy living or get busy dying.”

I’m pretty sure there was not much theological context to that statement he made.  Nonetheless, I believe it is a slogan worth holding on to.  While Andy was referring to living and dying in the physical sense, the quote becomes much more powerful when we allow it to become a motivator in the life and wellbeing of our spirit and soul.

Today I am free in Christ.  The chains are gone.  I’ve been set free.  So, I need to get busy living!

In the Sermon on the Mount, the second Beatitude that Jesus spoke was, “Blessed are those who mourn, for they shall be comforted” (Matthew 3:4 NIV).  The passage we’re digging into from Isaiah 61 (NIV) tells us Jesus was sent to “comfort those who mourn.”  But do we fully understand the depth of how He wanted us to consider this word “mourn”?

Most certainly Jesus was speaking to people who had experienced the death of a dear loved one.  His comfort is found during those times of loss as we draw near to God and feel His love drawing near to us (see James 4:8).

The Bible contains so many examples of Jesus speaking deeply spiritual things with words that, on the surface, could be assumed as only relevant to the physical world.  For example, Jesus entirely reframed the teaching from the Ten Commandments regarding murder when He said, “Murder begins in the heart.  You have heard that it was said to those of old, ‘You shall not murder, and whoever murders will be in danger of the judgment.’  But I say to you that whoever is angry with his brother without a cause shall be in danger of the judgment” (Matthew 5:21-22 NKJV).

In a like manner, I feel confident that when Jesus said that He “comforts those who mourn,” He was not merely inferring that He comforts those who grieve the death of a loved one.  Jesus had something much more visceral in mind.

There are nine words in the original languages of the Bible that we would translate as “mourn” in the English language.  The strongest example is the word “pantheo” in the Greek, which denotes an aching or grieving deep within the human soul.

Author Troy Dobbs, in his book The Blessed Life – a book devoted entirely to unpacking each of the beatitudes – writes, “One bona fide mark of a follower of Jesus Christ is that they don’t excuse, rationalize, trivialize, belittle, or ignore sin.  Rather, they grieve over it, confess it, and repent of it… The right perspective on sin, in turn, prompts us to react and respond to our sin appropriately.”

Further, Troy states, “Jesus is saying we miss the point when we mourn more over who or what we’ve lost than over what we’ve done.  In 1 Samuel 15:24-25, the confession of Saul’s mouth was faster than the contrition of his heart.  He didn’t genuinely grieve over his sin.  He actually made an excuse for it…  And that’s true of a lot of people; they would rather get it over with than genuinely grieve it.  We’d all rather get back to the party instead of getting right with God.”

Puritan Thomas Watson stated, “A wicked man will say he is a sinner, but a child of God says, ‘I have done this evil.’”

Jesus desires to bring comfort to the deepest, darkest places in our soul, where sin and shame from our past lay hidden.  His comfort amidst our mourning.  No judgement.  Just comfort.