Does Toxic Shame Have An Opposite?

Common sense might say that if we just do the opposite of the shaming we witnessed in childhood it will produce a healthy life, marriage, children, and family.  The flaw in this reasoning is that, without of a person’s heart being regenerated through Christ, the opposite of shame-based is not self-worth, but rather pretentiousness (covering up of toxic shame).  Although it may not look as outwardly unhealthy as what was experienced in childhood, it still derives its motivations from the very same shame messages.

The Equal and Opposite Principle © 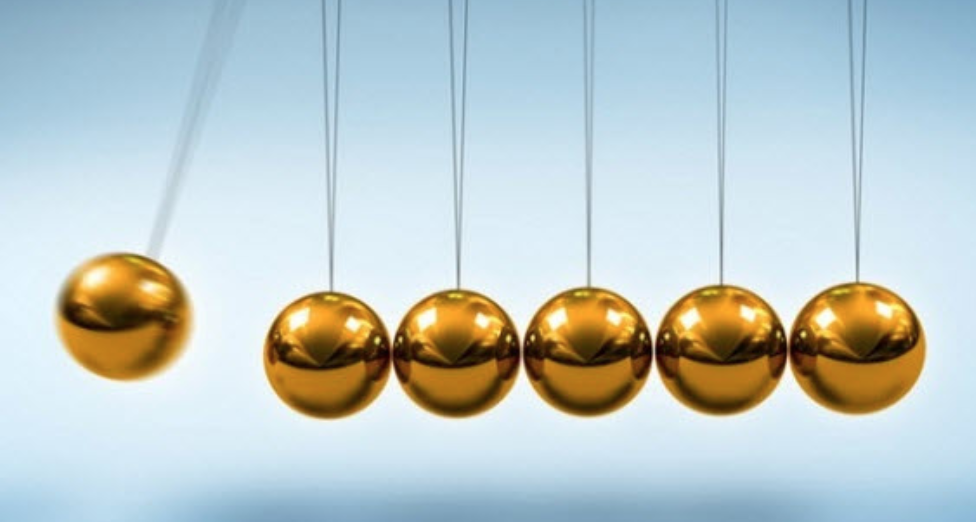 Through the years of counseling thousands of clients, I began to notice a very predictable trend:  Those individuals who were not allowing Christ to heal their soul wounds were unconsciously driven to create a world around themselves that was emotionally equal yet 180 degrees opposite to the painful experiences of their childhood.

This brought me back to the principle I learned in Physics 101 way back in the ‘80s – equal and opposite.   I feel certain that Newton had no intensions of his discovery of the Third Law of Motion applying to the non-physical world.  I feel strongly that it does! 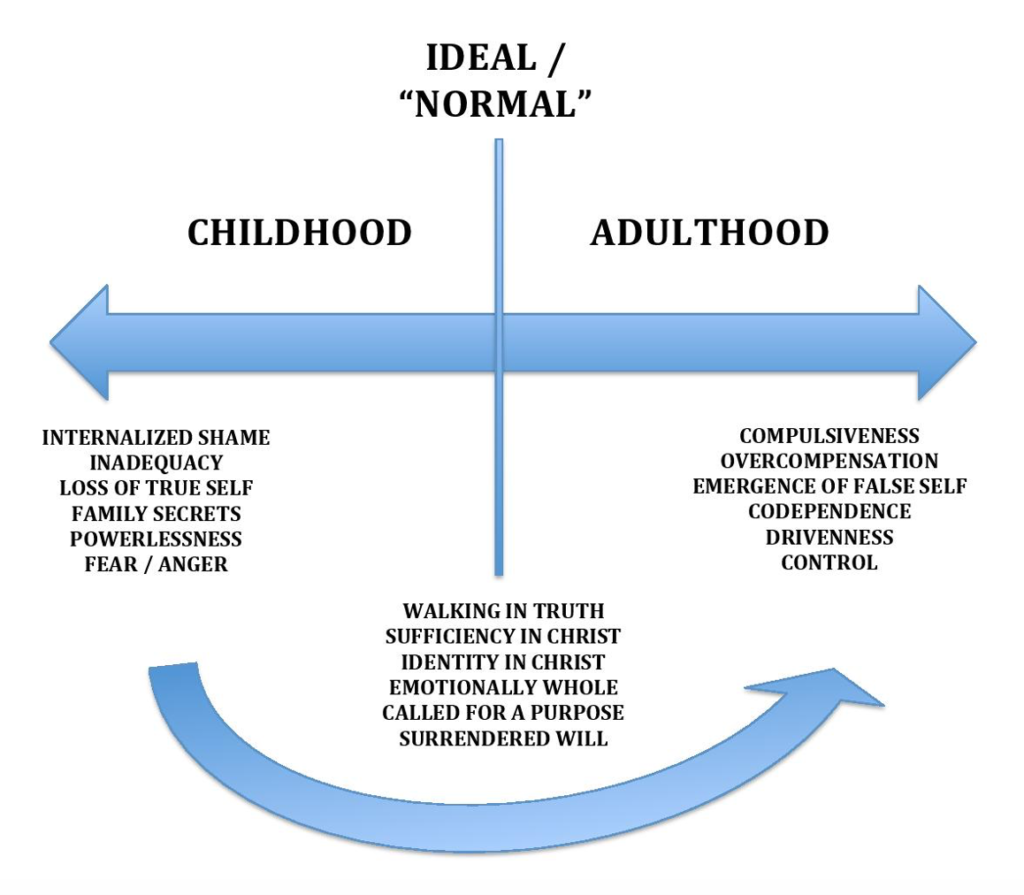 In the diagram, consider the horizontal line as the “shame” line.  The center point reflects the virtues an individual develops as they grow closer and closer to Jesus – theoretically the place of no toxic shame.  No doubt this ideal is unachievable while we’re on this earth. Nonetheless, God calls His children to actively pursue these qualities in growing measure through the process of sanctification (being transformed into the nature and character of Jesus Christ).

In childhood, the shame line moves progressively further away from God’s ideal for us as human beings.  The more shame, the further we move from God’s grace, and vice versa.  We’ve looked at countless shame messages that are internalized in childhood.  The diagram only provides a representative few.

As we follow the arced line from left to right, I’ve listed the “pretentious” outward characteristics that correlate with each soul wound on the left.

Shame Doesn’t Have to Be Passed Down

Just because we learn something doesn’t mean we are obligated to live it or to teach it.  Just because our parents did not create an environment during our childhood where our soul needs could be consistently met, does not obligate us to duplicate it into our home, marriage, family, and children.

For the pattern to change, for the shaming to stop, for the generational “curse” to end, we must make some radical adjustments to our lives.

God wants you to be free from the grip of toxic shame in your life.  If you’re ready to take the first step (or maybe next step), please call us today for Christian counseling.  Our counselors are specifically equipped to work with men and women who are ready to get to the core of their shame, as well as the anxiety, depression, and relational conflict it causes.  Our team is highly experienced and equipped to walk with you on this journey from brokenness to wholeness. Contact us today at 502-717-5433, or by email at drdave@lifetrainingcounseling.org