God Is Bigger Than Your Discouragement

Fear and discouragement attack everybody.  They affect those who have public, visible roles in God’s work.  But they also affect those of us who have less prominent yet just as significant roles in the eyes of the Lord. 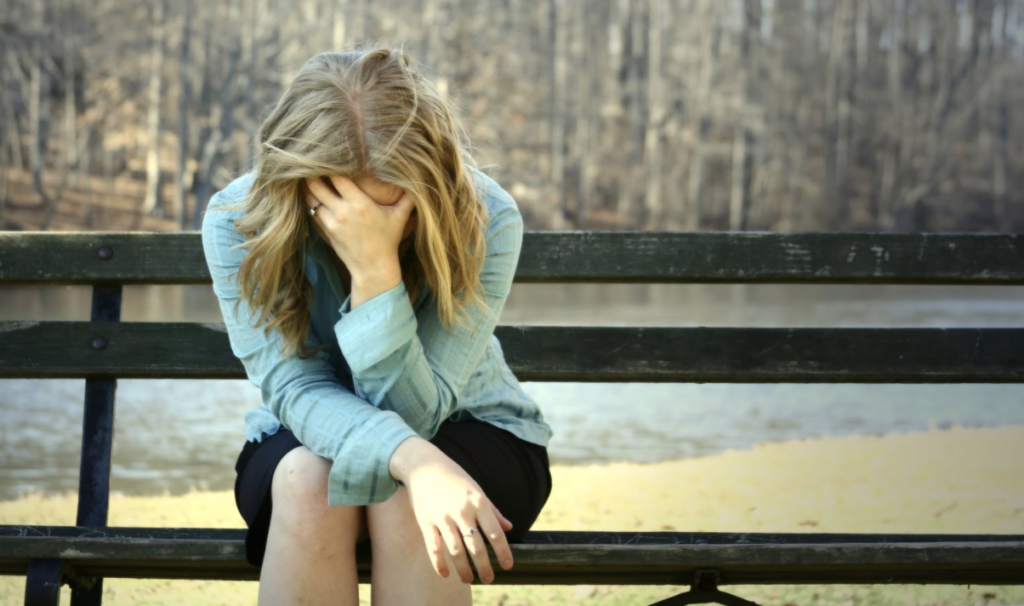 Every Christian has a calling.  And fear of some sort wants to discourage us and interrupt that calling.  The ability to overcome fear is driven by our intentional decision to reassure ourselves:  God says I can.  This is especially crucial when the false beliefs running around in our heads are overwhelming us with reasons why we can’t.

When the internal dialogue of fear starts in your heart, remember – the enemy’s goal is to talk you out of trusting God’s plan for your life.  And he’s not just trying to derail you.  He aims to limit the impact God wants to make in your and through you.

Regardless of how or when it arrives, fear always displaces hope and leaves you with the feeling: “It’s not working, so what’s the point?  Why not just give up?”

Discouragement Tells Us To Give Up

As human beings, we don’t seem to mind sacrificing – regardless for how long or how difficult – as long as we see a greater gain in the horizon.  It’s not pouring ourselves out for a worthy purpose that depletes us.  It’s when we’re giving our all and seeming to get nothing in return.  It’s then that we often become discouraged.

Steven Furtick, well-known pastor and author, offers this challenging perspective about our fear and discouragement in his book Crash The Chatterbox:

“I have a sermon I love to preach about John the Baptist.  I call it “The Most Important Message You’ve Never Heard.”  I love to preach it because it’s uplifting and simple.  These are my three points:

The presence of extreme fear and discouragement isn’t necessarily an indication that you’re not doing the will of God.  In fact, the secret struggles of John the Baptist, much like those of Mother Teresa and the apostle Paul, prove the opposite.  Inner conflict is often a confirmation of your calling.  The enemy only fights those who pose a threat!

Although John the Baptist was the very man who proclaimed the coming presence and purpose of Jesus Christ, in Matthew’s gospel we see this same John’s discouragement surfacing in the form of a question:

“After Jesus had finished instructing his twelve disciples, he went on from there to teach and preach in the towns of Galilee.  When John, who was in prison, heard about the deeds of the Messiah, he sent his disciples to ask him, “Are you the one who is to come, or should we expect someone else?” (Matthew 11:1-3)

Evidently John’s confidence in Christ is progressing full speed, in the wrong direction.  It seems bizarre to hear that the one who had announced the reign of Christ (John the Baptist) is now questioning the very ministry he had boldly announced.

To be clear, nothing in the text suggests that John was denying Christ or compromising his convictions.  And this is important to point out, because the self-talk we hear in our heads will try to use our questions about the way God is working in our lives to accuse us of having weak faith, or even the absence of faith.

John’s discouragement and fear is not due to a lack of faith or belief.  It is the result of an unmet expectation.

Jesus was not planning to take away the sin of the world in the way John had hoped He would.  In other words, John had spent himself in doing the work of the Lord. But from his vantage point, it wasn’t working.  Now he’s wondering… what’s the point?”

Discouragement Tells Us To Give Up

Disappointment is the gap between what I expect and what I experience.  And the discouraging dialogue in your mind will look for ways to exploit your disappointment by filling the gap with doubts about the goodness of God.

We May Need To Change How We Respond To Discouragement

So how do you manage the gap between the false beliefs in your head that say you can’t (or you’re not enough, or you’re unworthy, or you’re unlovable) and God’s insistence of the opposite?  Here are three possible options:

God Is Big Enough And Wants To Fill The Gap

Not only does Jesus not criticize John for asking the question.  He turns the question inside out, using it as an opportunity to esteem John.  But Jesus didn’t want John’s confidence to rest in John.  He structures His words in such a way that John’s confidence can only rest in Jesus. The only motivation to endure that John is given is based on the work Christ is doing, not the work that John has done, even as remarkable as it was.

It’s possible when we’re not getting the affirmation or confirmation we desire, it’s because God doesn’t want our faith to rest in affirmation we can feel.  In these times could it be that He’s at work on a deeper level, teaching us to rely on His character rather than on our performance?

If you’re battling a discouraging dialogue in your mind, or if life during these uncertain times has led you to feelings of fear and anxiety, please let us help.  Our counselors are specifically equipped to work with men and women who find themselves at their lowest point.  We offer convenient, safe online Christian counseling via FaceTime or Zoom, as well as in-person counseling in our Louisville, Kentucky office. Our team is specifically experienced and equipped to walk with you on this journey from discouragement to hope. Contact us today at 502-717-5433, or by email at drdave@lifetrainingcounseling.org