The Tragedy of Tragedies
A Parable:  The Story of Hugh

Once upon a time a Royal person was born. His name was Hugh. Although I’ll refer to Hugh as “he”, no one actually knew what his sex really was and it didn’t really matter.  Hugh was unlike anyone who had ever lived before or who would ever live again. Hugh was precious, unrepeatable, incomparable, a trillion-dollar diamond in the rough.

For the first 15 months of life, Hugh only knew himself from the reflections he saw in the eyes of his caretakers. Hugh was terribly unfortunate. His caretakers, although not blind, had glasses over their eyes. Each set of glasses already had an image on it. So that each caretaker only saw Hugh according to the image on his glasses. Thus, even though Hugh’s caretakers were physically present, not one of them ever actually saw him. By the time Hugh was grown, he was a mosaic of other people’s images of him, none of which was who he really was. No one had really ever seen him, so no one had ever mirrored back to him what he really looked like. Consequently, Hugh thought he was the mosaic of images. He really did not know who he was.

Sometimes in the dark of the night when he was all alone, Hugh knew that something of profound importance was missing. He experienced this as a gnawing sense of emptiness—a deep void. Hugh tried to fill the emptiness and void with many things: power, worldly fame, money, possessions, chemical highs, food, sex, excitement,
entertainment, relationships, children, work—even exercise. But no matter what he did, he never felt the gnawing emptiness go away. In the quiet of the night when all the distractions were gone, he heard a still quiet voice that said: “Don’t forget; please don’t forget me!” But alas! Hugh did forget and went to his death never knowing who he was! 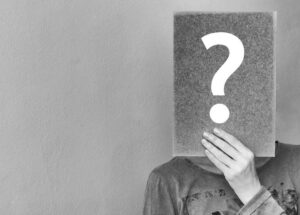 Each member of our highly trained team at Life Training has done the hard work of allowing God to heal the shame and brokenness within their own souls.  There is an old adage that says, “we can’t take someone to a place we’ve not been.”

Well, we’ve been there!

But we didn’t stay there!  Through the unconditional love of Jesus Christ, we have found help, hope, and healing in our lives.  This didn’t come easily.  Nor did it come quickly.  It has taken literally years for each of us to experience true life change from the inside out.

Now, this type of deep inner healing — which we often refer to as shame work or soul work — is what we specialize in.  Our desire is to help men and women move from the “false self” (being bound to who they’ve become through learned, coping, shame-based beliefs and behaviors) to living a life of grace (freed from the shame and false beliefs they’ve carried for so long) and fully coming to know their true identity in Christ.

We can help.  We’ve been there!