Some forms of dependence are appropriate.  For example, children are to be dependent on parents until adulthood.   In a similar way, husbands are to shepherd the needs of his wife and children.  So where do we draw the line?  How can we establish when healthy and authoritative dependence is in place, or when dependence has become unhealthy? 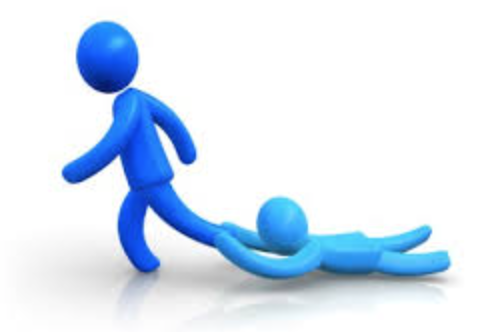 To answer this question, we must turn to God’s word.  First, we must look at how God relates to us, His children.  We know He is in a position of authority yet continues to respect our free will.  He wants a relationship with us based on mutual love and submission, not force, coercion, or control.

As each of us look at our own personal life situation, we have to evaluate the fruits of the dependent relationship in order to determine whether it is healthy or dysfunctional.  It is very appropriate to depend on other human beings in our life.  However, it becomes unhealthy when we are dependent upon another person.  Dependence implies that our health and wholeness is in the hands of another individual.  The exception to this is when an individual is limited by some form of emotional or physical condition, handicap, or disability that compels them to be dependent upon others for their wellbeing.  Healthy dependent relationships reflect the love of Jesus and promote an environment that fosters the well-being of each individual’s body, soul, and spirit.

Dysfunctional dependence will always be defined by “dichotomous” characteristics, which actually damage relationships and inhibit trust and connectedness.  The term “dichotomous” basically identifies entities that exist in opposition, seemingly irreconcilable in their differences.

Although the traits of the “independent” and the “dependent” I’ve listed below can be understood through each individual’s inborn temperament, those in healthy relationships refuse to allow their temperament needs, strengths, or weaknesses to become an excuse for their attitudes or behaviors that elevate themselves at the expense of others.

As we’ve discovered since the very first page of this book, intra- and inter-personal wellbeing is found within the paradox of two seemingly opposites, not in one extreme or the other.  God wants us to pursue that uncertain place where a healthy tension/balance exists between two opposing positions.  That is where His ways are found.

Unhealthy dependency and control go hand-in-hand.  Most dependencies, by definition, have an ultra-need to control people and circumstances, both often being expressed subconsciously.  Even if we are obviously and purposefully attempting to control people and circumstances, we may actually believe it’s our job to do so!  We may even be the recipient of someone else’s harsh control over us and use our own control in much more subtle ways in an effort to cope and survive.

All forms to control apart from that of the Holy Spirit are tools of the enemy.  Control stands in complete opposition to the godly characteristics of free will.  Whenever we use control to get people to respond or behave in a certain way, it is evidence that the relationship lacks the understanding of true agape love.  In reality, our need to control seeks to satisfy self, and people become a means to that end, whatever it may be.  Like a childhood playground bully, control is always a reflection of an inward feeling of low value and worth.

Regardless the person’s specific motive behind the need to control, it is always a result of not trusting God above all else.  Wherever control exists, relationships cannot grow or thrive.  In fact, the interpersonal connection is destined to some form of death: emotional or spiritual.

The Cycle of Control

There is a cycle that inevitably emerges in relationships where control exists.  It begins with “controlling influence,” where one individual attempts to control the entire atmosphere.   The person focuses on their own needs, and abusive behaviors – whether physical, mental, relational, emotional, or spiritual – typically dominate the home.

In response to the controlling influence, members of that family system respond through what author Stephanie Tucker refers to as “counter-controlling.”  This person learns to “read” or anticipate the needs and emotional problems of those around them so they can respond appropriately.  This is typically either an attempt to protect self, to indirectly assure that their needs get met, or both.  Since this became a normal pattern of survival in childhood, the individual doesn’t know any other way.   Therefore, this pattern is repeated in adult relationships. Life is governed by either feeling controlled by someone or counter-controlling to get what is needed to survive.

Passive control is extremely difficult to recognize when it has been etched into a person’s character from a young age.  All passive forms of control are expressed through various forms of manipulation, which can be very artful and disguised.  The use of guilt and shame specifically tends to be learned through the family of origin. Influencing people and getting them to act the way we want them to act becomes a learned relationship skill.